This 4TB Sabrent SSD is cheaper than ever, but you still won’t be able to afford it

This 4TB Sabrent SSD is cheaper than ever, but you still won’t be able to afford it 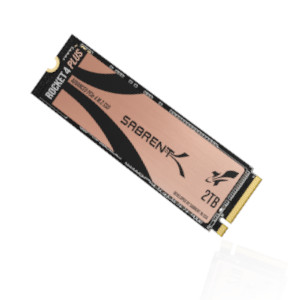 One of the world’s fastest and most capacious SSDs is available right now at a whopping 25% discount as part of Amazon’s Cyber Monday sales, but you probably still won’t be able to afford it.

The 4TB Sabrent Rocket 4 Plus SSD can currently be purchased for $749.99, which is eye-wateringly expensive, but down significantly on the original $999.99 asking price.

If money is no object and you’re after the best performance and most storage space you can get from a single SSD, this is the Cyber Monday deal for you.

Not in the US? Scroll down for SSD deals available in your region.

Sabrent Rocket 4 Plus 4TB SSD – $749.99 from Amazon
Save $250 – Simply one of the best M.2 drives on the market is currently available at a massive discount. It’s seriously tempting…

Short of getting your hands on a new graphics card (which is much easier said than done at the moment), picking up a shiny new SSD is pretty much the best way to upgrade your gaming PC.

There’s no denying the quality of this market-leading SSD from Sabrent. Slotted into a motherboard with PCIe 4.0 support, the Rocket 4 Plus achieves blazing sequential read speeds of up to 7,100MB/second and write speeds of up to 6,600MB/s.

It doesn’t take the title of world’s fastest SSD, an honor currently held by Adata’s XPG GAMMIX S70, but it’s not far off at all. And the Sabrent drive is obviously far faster than a traditional hard disk drive or SATA SSD, and consumes much less energy too.

Of course, the 4TB Rocket 4 Plus will be way out of budget for most people – this writer most definitely included. A more economical way of doing things, then, would be to compromise on capacity (the 1TB Rocket 4 Plus currently costs $159.99 at Amazon) or opt for a slightly less performant drive (like the Sabrent Rocket Q4).

If you’re after a new storage drive that’s equally pacey, but won’t break the bank, check out these alternative SSD deals available in your region: