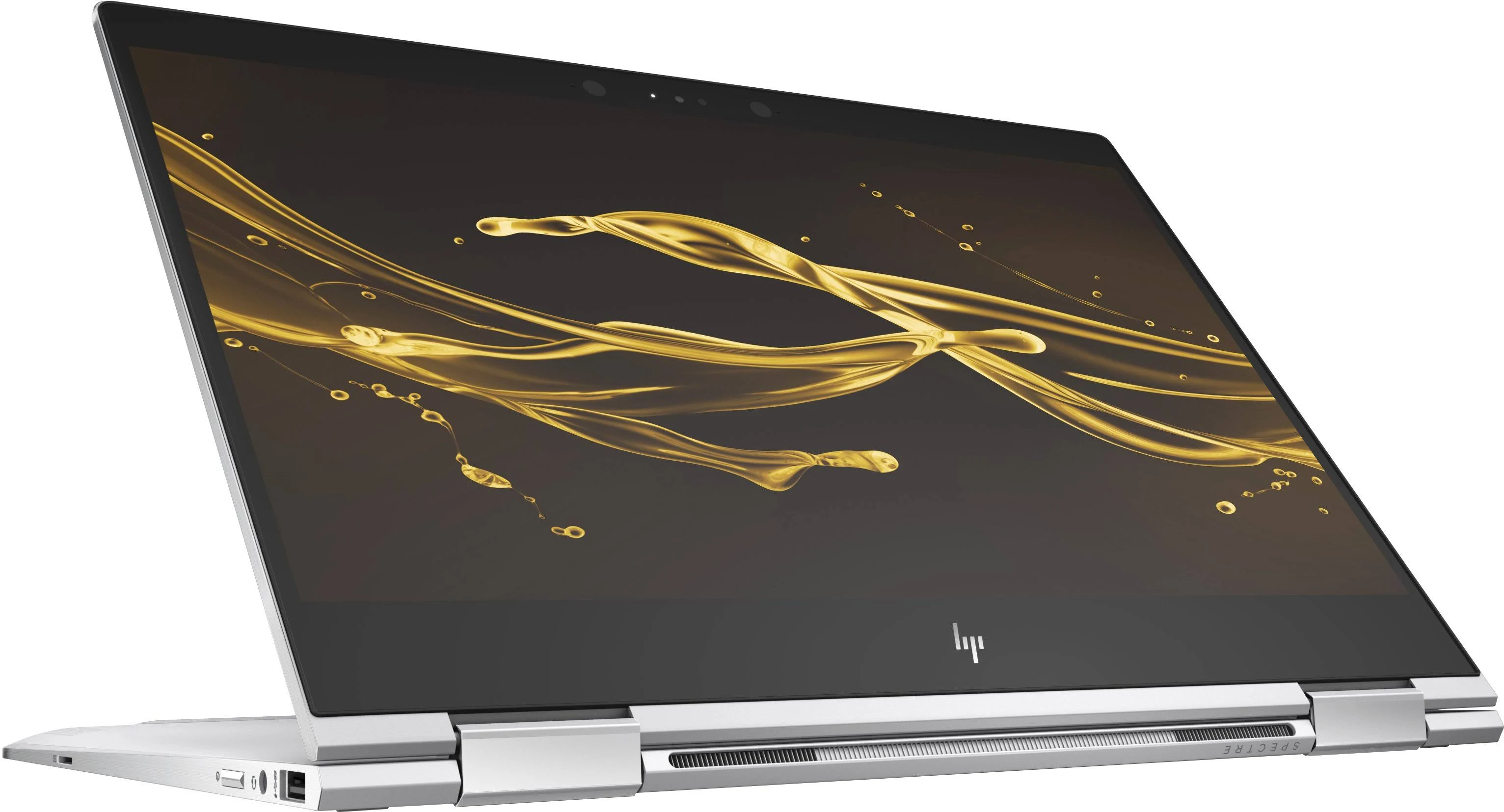 Black Friday HP deals are among the most coveted right now, and HP has a whole slew of notebooks on offer, giving bargain hunters up to $330 in savings across its whole laptop roster.

We’re not just talking about the budget and affordable lines here. Even the much-lauded Envy and the premium Spectre x360 are seeing huge discounts this Black Friday and Cyber Monday. The stunning and portable HP Spectre x360 13-inch is $200 off and the newer HP Spectre x360 14-inch is $300 off. Meanwhile, the more affordable HP Envy laptops are accessible than ever, dropping up to $250 in price.

We gathered the all the best HP Black Friday deals that are live now so you can take advantage as soon as you’re ready to click buy. We’ll also be keep an eye out for newer and better deals from now until Cyber Monday. So, if you don’t find anything you like now, you’ve got a few more days (and a whole lot more deals) to do so.

HP Spectre x360 13-inch | Intel Core i5, Iris Xe graphics, 8GB RAM, 256GB SSD:  $900.99 at HP
Save $200 – This Evo-certified stunner from HP has gotten pricier over the years, but this door-busting Black Friday deal certainly brings it back down to a more accessible price. Among the best 2-in-1s out there, the HP Spectre x360 13-inch is cheaper than ever, and this particular configuration is more than enough for most users. It also makes for a great gift for that loved one in your life who’s been needing a laptop upgrade.

HP Envy Laptop 17 | Intel Core i7, Iris Xe, 16GB RAM, 512GB SSD: $999.99 at HP
Save $250 – The popular HP Envy line are getting excellent discounts this Black Friday and Cyber Monday, so now might be the best time to take one home. This 11th-gen i7 configuration with an Intel Xe, 16GB memory and 512GB storage inside is going to be breathtakingly powerful and ideal more the more intensive tasks like photo editing, design, and even light video editing. And, that’s now for under $1,000 – much cheaper than its rivals with the same specs.

HP Laptop 14 | Intel i5, Iris Xe, 8GB RAM, 256GB SSD: $399.99 at HP
Save $170 – Portability is on point with HP’s 14t laptop, which makes it a terrific companion for those who are always on the go. This particular configuration, which comes with an 11th-gen i5 processor, Iris Xe graphics, 8GB memory and 256GB storage, is cheaper than ever. And, it comes with that nifty touch-capable display as well. If you’re looking for a budget laptop this Black Friday, this is a great choice.

HP Spectre x360 14-inch | Intel Core i5, Iris Xe graphics, 8GB RAM, 512GB SSD, 32 GB Intel Optane memory: $1,099.99 at HP
Save $300 – If you think that HP’s latest Spectre x360 might be immune to Black Friday deals, you’re mistaken. This 14-inch model is $300 off, which is a whole lot of savings for a fairly new release. We appreciate its not-too-big, not-too-small form factor and screen size, and so will you. And, this particular configuration will give you more than enough power to see you through your daily productivity tasks or the matriculating member of the family through their demanding school work.

HP Pavilion Laptop 15 | AMD Ryzen 5, Radeon graphics, 8GB RAM, 256GB SSD: $459.99 at HP
Save $160 – As far as budget laptops go, the HP Pavilion 15 comes with some premium features including a Precision Touchpad and fast-charging capabilities. This Black Friday, it’s cheaper than ever, especially this particular configuration that boasts mid-range AMD components as well as 8GB RAM and 256GB storage. That’s not too shabby for a laptop under $500.

HP Pavilion Laptop 15 | Intel i5, Iris Xe, 8GB RAM, 256GB SSD: $499.99 at HP
Save $200 – A $200 Black Friday discount on a laptop is hard to resist, which makes the already affordable HP Pavillion Laptop 15t an even more compelling option. Those looking to upgrade their laptop for one with new components will appreciate this particular configuration’s 11th-gen i5, Iris Xe, 8GB memory and 256GB storage combo. And, that’s before mentioning the long battery life that’s also on offer.

HP Pavilion x360 Convertible 15-inch | Intel i5, Iris Xe, 16GB RAM, 256GB SSD: $599.99 at HP
Save $180 – Among the most affordable 2-in-1 laptops out there has gotten even cheaper this Black Friday, and it’s the cheapest we’ve seen of the HP Pavilion x360 since its release. It comes with the latest specs as well, this particular model touting an 11th-gen i5, Iris Xe graphics and 16GB Intel Optane memory. You won’t even need to upgrade to Windows 11 as it already comes with it out of the box. B&O speakers and a 720p micro-edge display round this configuration out.

HP Laptop 15t | Intel Core i7, Iris Xe graphics, 12GB RAM, 256GB SSD, 16 GB Intel Optane Memory: $679.99 at HP
Save $220 – Upgrade your aging 15-inch laptop with this powerful laptop from HP. It’s almost 25% off this Black Friday, putting it closer to the budget-friend $500 price range rather than the pricey $1,000 mark. You’re getting a lot of power as well, thanks to its higher-end specs, so you know it will be able to handle the more intensive tasks without. Whether you need one for your home, your office, or your home office, you’ve got a great bargain right here.

HP Envy Laptop 15t | Intel Core i5, Iris Xe, 8GB RAM, 256GB SSD: $699.99 at HP
Save $200 – One of HP’s bestsellers, the HP Envy 15-inch, is cheaper than ever, offering $200 off its already affordable configuration for the casual users and budget-minded. For Black Friday, the 11th-gen i5, Iris Xe, 8GB memory configuration will set you back only $700. You’re also getting a full HD touchscreen display and 256GB storage with that, which makes it such a fantastic deal.

HP Spectre x360 15-inch | Intel Core i7, Iris Xe, 16GB RAM, 1TB SSD: $1,399.99 at HP
Save $230 – One of the most beautiful laptops on the market might just be within your grasp this Black Friday, with this higher-end configuration of the Spectre x360 dropping considerably in price. With this deal, you’re getting an 11th-gen i7 processor as well as Iris Xe graphics, 16GB memory and 1TB storage, which means it’s capable of intensive tasks like photo editing and graphics design.

HP Spectre x360 15-inch | Intel Core i7, Iris Xe, 16GB RAM, 512GB SSD, 32GB Intel Optane memory:  $1449.99 at HP
Save $330 – HP’s flagship, the Spectre x360 15-inch offers a ton of savings this Black Friday, bringing down its 4K display-touting configuration to a more palatable level. For less than $1,500, you get a whole lot of power – more than enough to tackle intensive tasks like photo editing – and that irresistible 4K UHD AMOLED touch display that’s just great for media consumption and just what you need when you have a 2-in-1 notebook like this one.

HP Laptop 17 | Intel Core i7, Iris Xe, 8GB RAM, 1TB SSD: $594.99 at HP
Save $205 – Bigger screen, heftier components. That’s what this 17-inch HP laptop brings to the table. It’s even got an attractive price tag, giving you up to $200 in savings for a configuration powerful enough to see you through demanding tasks. It also boasts a nice build and fast charging, all for less than $600. That’s an amazing Black Friday deal.

HP Envy Laptop 17 | Intel Core i5, Iris Xe, 8GB RAM, 512GB SSD: $849.99 at HP
Save $150 – HP’s Envy line is among the best laptops out there for those who want quality but don’t want to pay a lot. And, this Black Friday, it’s cheaper than ever. The modest 11th-gen i5, Iris Xe, 8GB memory configuration will now set you back less than $900, and you’re getting 512GB of storage with it. Plus, nifty features like a fingerprint reader and a privacy camera shutter key give it a bit more value.

If HP isn’t your cup of tea, manufacturers like Dell, MSI and Asus are rolling out their own Black Friday and Cyber Monday deals right now. Be sure to also check out the best laptop, gaming PC, and PC deals we’ve found so far and all the way through Cyber Monday.