Treat yourself to the huge Alienware AW3821DW gaming monitor for just $1,299

Treat yourself to the huge Alienware AW3821DW gaming monitor for just $1,299 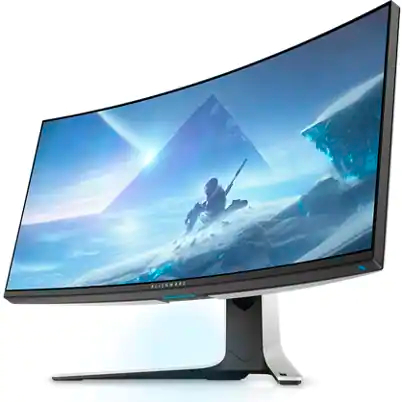 With Black Friday monitor deals rolling out in earnest, many of the best gaming monitors are getting some serious price cuts like this awesome Alienware AW3821DW 38-inch curved WQHD gaming monitor for just $1,299 over at Dell, a $650 savings.

Since genuine Black Friday deals are already coming online, you probably don’t need to worry about waiting for a better price on this monitor and there’s no telling how long this deal will last, so if you want to get a great curved gaming monitor from Alienware for (relatively) cheap there’s little reason to not jump on this deal now.

Alienware AW3821DW, 38-inch, 2300R Curve, Ultrawide QHD, 144Hz, 1ms, Nvidia G-Sync| $1,299 At Dell
Save $650 – When it comes to crisp, WQHD curved gaming monitors, getting fast visuals and blazing fast response rates can be tough (and it’s typically very expensive), so this Alienware deal over at Dell is one of the cheapest we’ve ever seen for a monitor this good.

This is also a monitor meant for gaming, so you also get quick, fluid visuals thanks to its 144Hz refresh rate and eSports enthusiasts will like the 1ms response time for lightning-fast responsiveness during gameplay.

No matter where you live, you’ll find all the lowest prices for the Alienware AW3821DW from around the web right here, with offers available in your region.