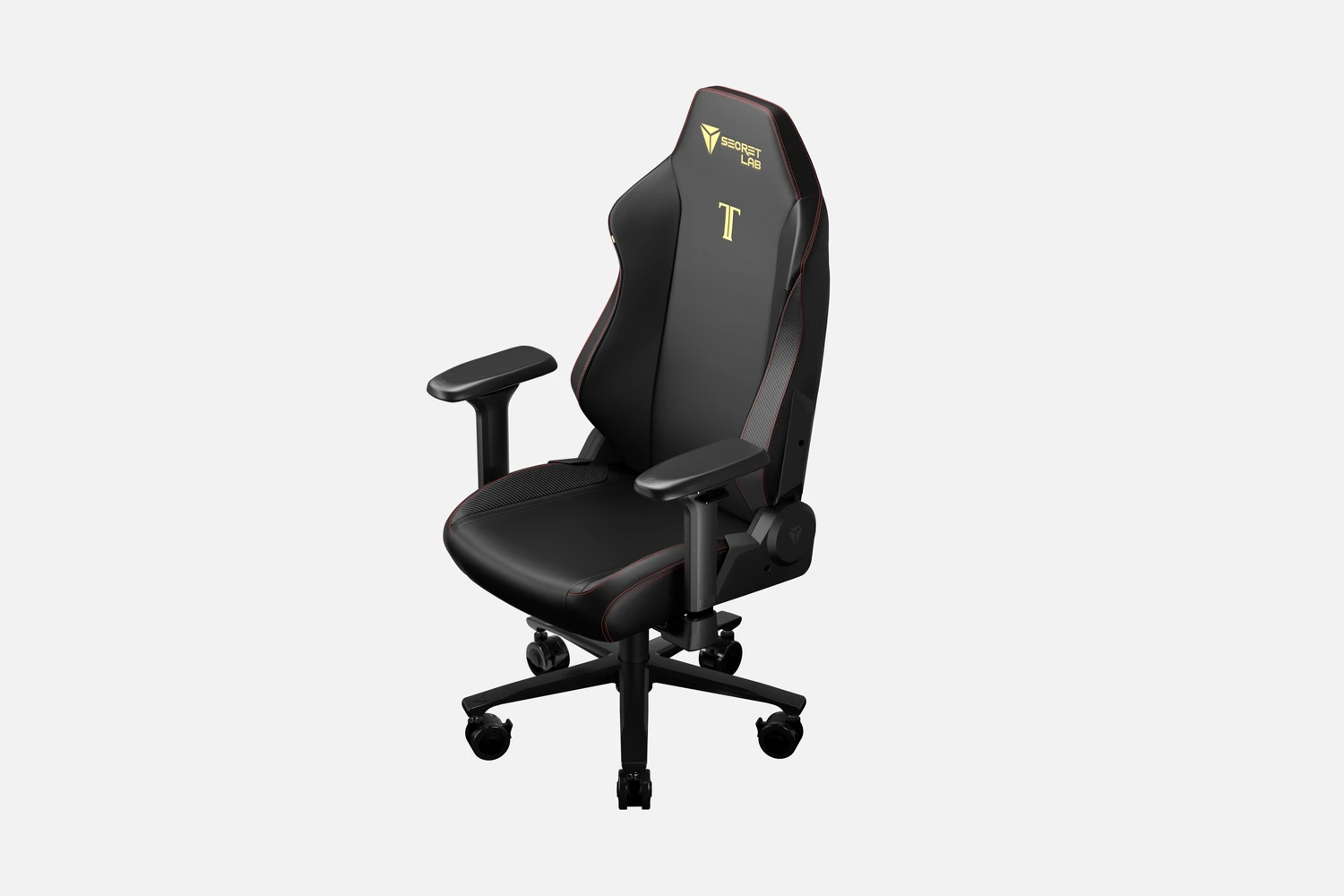 Secretlab’s April Fools gaming chair is on its way to becoming a reality as the Titan XXS. Like with Microsoft’s Xbox minifridge, the tiny gaming chair was initially conceived and teased as a joke version of its normal Titan chair. But a surprising demand for the product led to it actually being sent to production instead.

The original Titan Evo 2022 stands at four feet and eight inches, or 142 cm, tall while its smaller counterpart is a 1:2 scale version standing at three feet and three inches, or 101 cm.

The XXS uses the same materials as the XL version and comes with the same five-year warranty. It also has height-adjustable armrests, child-locking casters, and supports up to 154 lbs / 70kg.

Both the original black and the frost blue variant color are available right now to purchase, with the former at $299 and the latter $319. The plush pink variant is available through preorder at $319 with an expected ship date of December 8th.

And if you need a table to go with your Titan XXS, Secretlab revealed its own gaming desk earlier this year called the Magnus Metal Desk. Just as its namesake suggests, this desk is made of pure metal which means that you can use a wide variety of magnetic accessories that adhere to the desk and tidy up cables, keeping the workstation nice and organized. There’s also a magnetic RGB strip of lighting connecting to the rear of the desk as well as a desk mat to cover the tabletop’s surface.

With Black Friday and Cyber Monday just around the corner, releasing the Titan XXS ahead of the busiest shopping days of the year is obviously a brilliant move on Secretlab’s part.

With shoppers already hungry for Black Friday gaming chair deals, buying a matching gaming chair for the kids (even if it isn’t discounted) is entirely predictable for a lot of customers.

The fact that the Titan XXS was originally meant to be an April Fool’s gag is actually the biggest surprise here. Gamers spend a lot of money on gaming equipment and hardware, and a lot of gamers have kids now.

Just like the heavy metal band onesie is a huge seller for metalheads with kids, a kid-sized gaming chair is something that is such an obvious bestseller with gamer families that it’s shocking that it took until 2021 for one to finally go on sale.