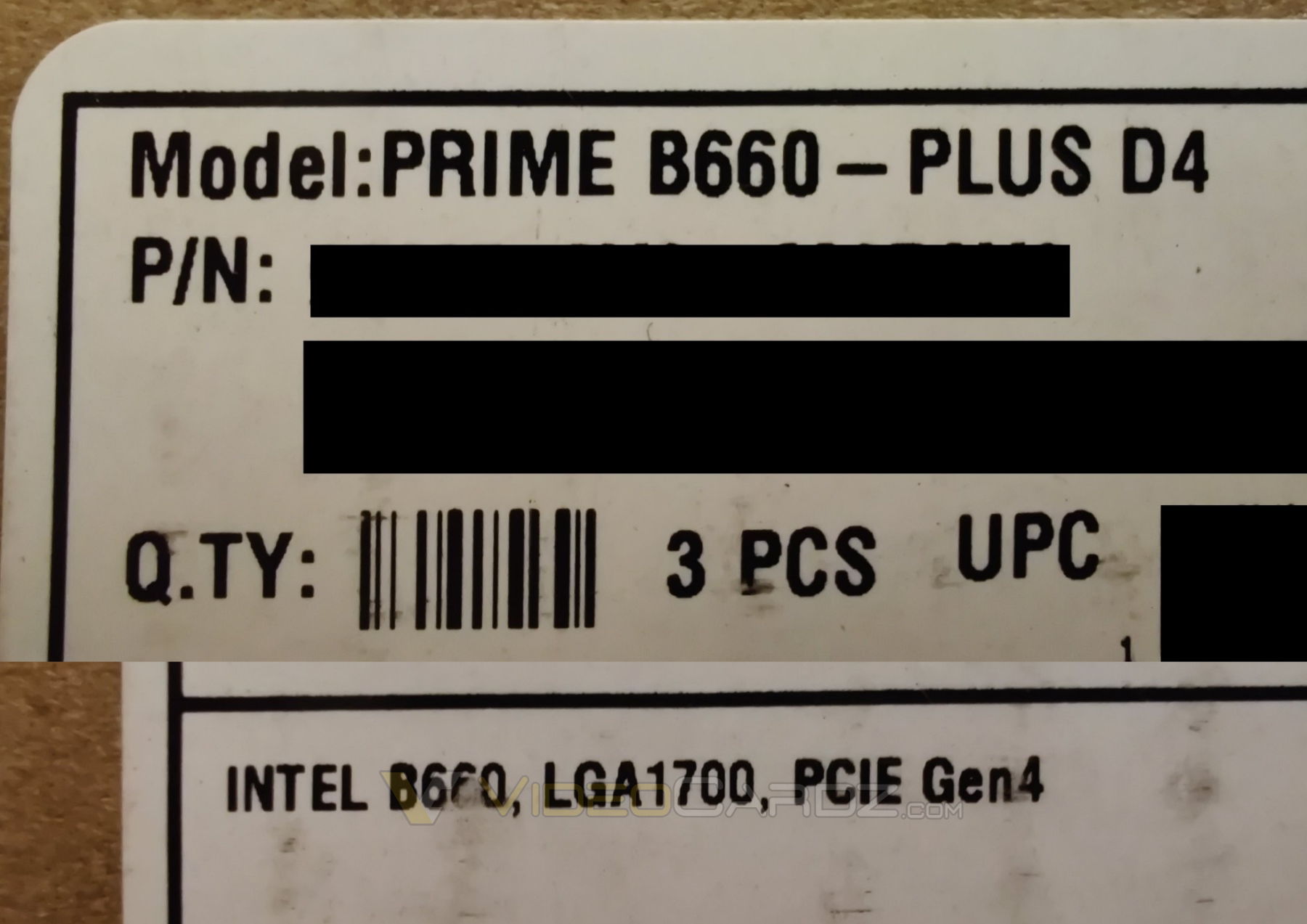 In a surprising move from Asus, it seems that its latest Intel Alder Lake B660 gaming motherboard may not have PCIe 5.0 support like a Z690 motherboard would.

The upcoming Prime B660 Plus D4 motherboard might only be supporting up to PCIe Gen4, according to an image from Videocardz of a Z690 motherboard shipped in the wrong box. The decision is also a confusing one, as Gen5 lanes aren’t attached to the chipset but to the CPU itself. Though motherboard manufacturers still have to include the hardware for the faster interface.

Naturally, this is an unconfirmed image, so take the news with a grain of salt until Asus officially reveals the full details. We should start hearing official word on B660 motherboards in the next few weeks, as the budget motherboards typically follow a couple weeks after the mainstream Z-series chipset.

Analysis: A smart move from Asus

The lack of support may seem like a rather bizarre turn of events but, when you consider the actual market for the B660, the move from Asus makes far more sense as a cost-cutting effort if the rumor mill is accurate.

The lack of PCIe Gen5 support does mean that the B660 chipset would be less futureproof. However, this motherboard would be aimed at the mid-range segment, which is a market that isn’t exactly racing to adapt to Gen5 GPUs and SSDs. This means that the motherboard is ideal for those looking to build a gaming PC on a budget, especially with Black Friday coming up.

There’s also the fact that Intel’s Alder Lake gaming CPUs have been recently struggling with playing certain PC games, such as Assassin’s Creed: Valhalla, Madden 22, and Total War: Three Kingdoms, due to DRM issues. Not to mention the ongoing global chip shortage which makes netting pretty much anything high-end incredibly difficult.

While it might seem like the lack of PCIe on B660 motherboards would be a bad thing, it really isn’t. There still aren’t any PCIe 5.0 SSDs on the market yet, and we’re still on the first generation of graphics cards that are using PCIe 4.0. So, when you’re setting out to build a new PC with one of these motherboards, you really wouldn’t be missing out on anything right now.

We’d even go further and have DDR4 on budget motherboards. We know that Alder Lake supports both the older memory standard along with the new DDR5 standard. The shiny new components are definitely exciting for the type of enthusiast that wants the fastest hardware on the market, but the price is definitely way higher than existing hardware.

MSI has already come out and said that DDR5 memory is going to be pretty expensive for a while, so we hope that budget-oriented chipsets like B660 and the new H-series will keep that in mind before tacking on the new specs just for a more appealing box.